In an effort to decode the mystery between high-priced Gibson Les Paul’s and their lower-priced Japanese siblings manufactured by Edwards, we are comparing a Gibson Les Paul VOS 1960 with a Edward Les Paul LP130.

We recorded four clips with each guitar, playing essentially the same riffs/changes through the exact same amp & volume settings in order to get a truly fair comparison. To that point, example 1 is a riff (same one that I used to demo the Egnater seminar head last February for Premier Guitar), example 2 is a series of distorted chords, example 3 is a brief solo/lick and example 4 features some changes played clean through the neck pickup (all other examples feature the bridge pickup). Each clip is short so you can go back and forth between them for comparison purposes.

A few interesting points to note. First off, the Edwards was considerably lighter in weight and rang much more loudly when strummed acoustically. The body seemed to just resonate much more than the Gibson. To that point, when I bought the Gibson, it was after playing about 30 Les Pauls and this one was the lightest and most resonant of the bunch, so take that into consideration. The Gibson did feel more solid to the touch…..but dare I say it was like the “solid” you feel from late 70’s and early 80’s Les Pauls by comparison…..they’re solid, but they don’t sustain well acoustically. Point for Edwards.

The stock Burstbucker 1 & 2 pickups in the Gibson are clearly hotter than the Seymour Duncan Antiquities that are features in the Edwards, but I think that was certainly a plus for the Edwards (for my tastes), especially when the neck pickup was concerned. When plugged in, the Gibson appears to have more “ass” to the sound (i.e. low-end) which I found surprising, because I’ve found that guitar to sound much brighter and less “thick” than many other Les Pauls, and I have since been interested in finding a LP with more “ass.” I had recently played a Warren Haynes model that had the same pickups as my VOS 1960 and it just sounded so much thicker…..still kicking myself for letting that one go.

From a playability standpoint, the action and set up on the Edwards (out of the box, actually) was fantastic. The fretboard radius on the Edwards appears to be flatter than that of the Gibson. As a result, I’d dare to say that the Edwards played better with lower action than the Gibson could. At first glance, one concern about the Edwards was that the tune-o-matic bridge was set up rather high. However, after close inspection, it appears as if the neck angle on the Edwards is considerably more steep that that of the Gibson VOS. Not sure what that means….just found it interesting. You can see examples regarding this in the pictures which will follow below.

Bottom line is that I would be impressed with the Edwards if it was as $2,000 guitar…..but its a $800 – $1,200 guitar and that’s just fantastic. If anyone was hesitating to give these guitars a try, I don’t see what could possibly be stopping you now. I wonder if they make a non-reverse all mahogany Firebird! 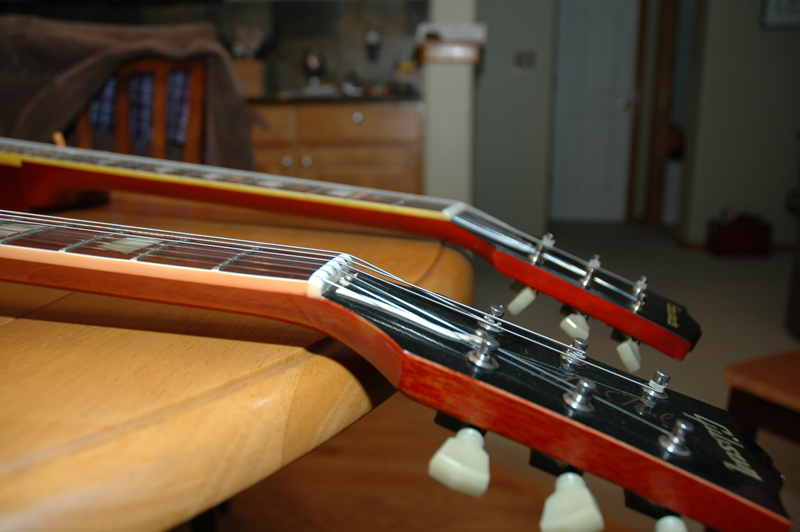 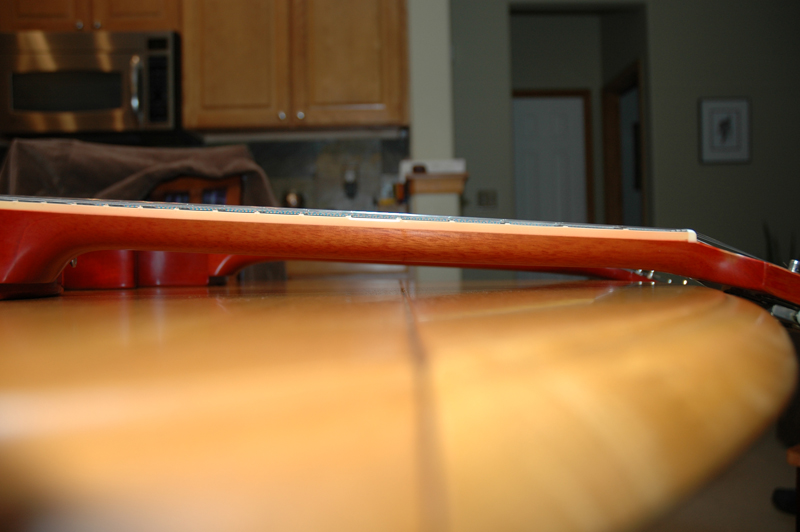 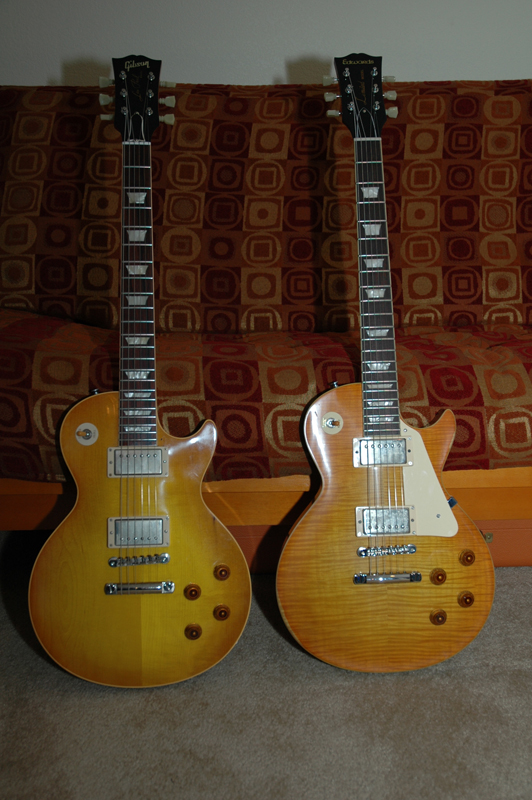 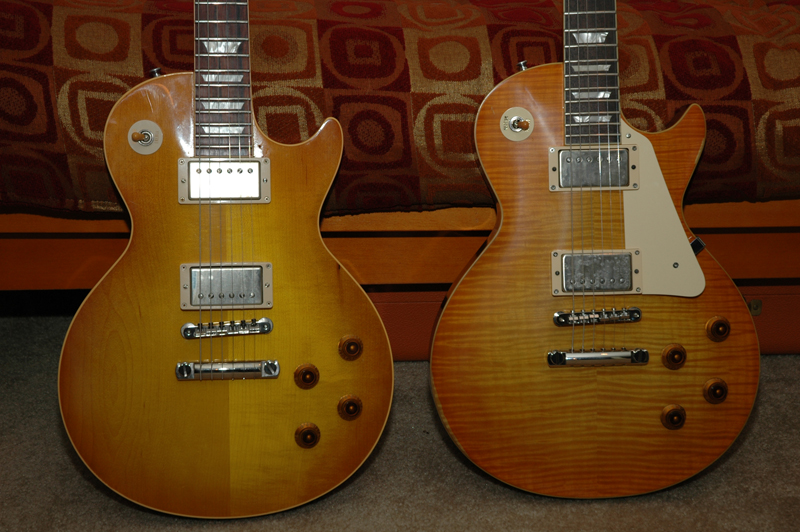 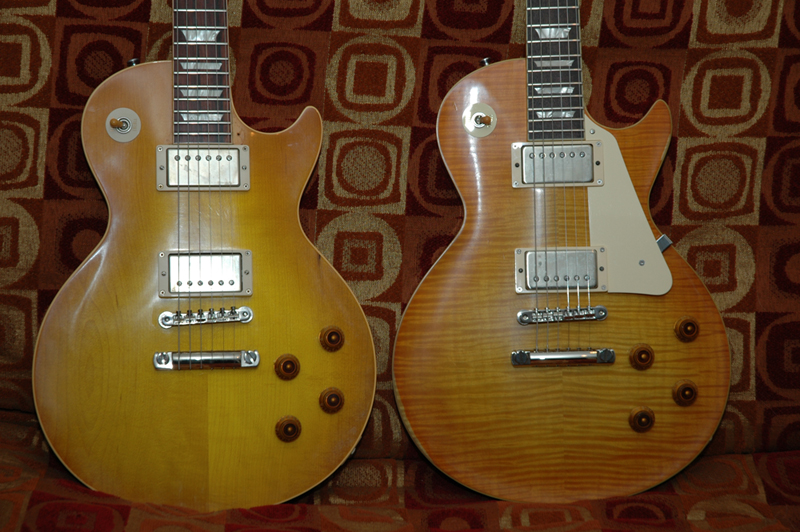